PART 2: THE LIFE OF CONFUCIUS 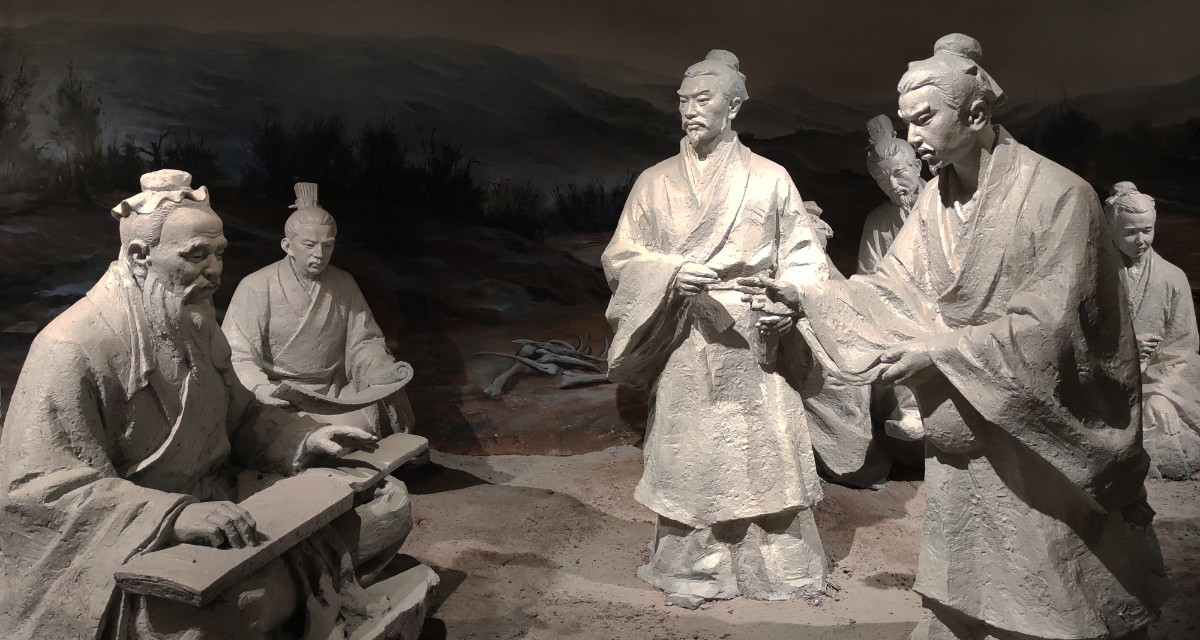 Confucius was a major philosopher, educator, and the founder of the Confucian school of thought. In his youth, he resolved to study and spent his adolescence traveling to surrounding states. The prime of his life, he became an official and advised on government affairs, wandering between the various states. In his later years, he returned to Lu to promote learning, compiling and editing the Six Classics to leave as an example for future generations. From youth to middle age and middle age to twilight, Confucius bore the heart of a benevolent individual that cherished others, taking the welfare of all the people under heaven as his own responsibility. He had the courage of one that knew the futility of his actions yet bore on for the sake of it, struggling for his ideals an entire lifetime.

The Gentleman is Fond of the Rites

Educating Others without Tiring

The Sage Accumulates the Great Accomplishments